Experience at work for you 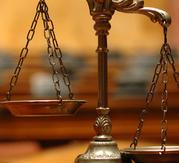 In 1974, Gerry moved from New York to Salt Lake City. Employment experience at that point primarily consisted of steel erection for large buildings and construction of high voltage transmission lines in the New York City area.

He graduated from the University of Utah with a degree in mathematics in 1978 and obtained a degree from the University Of Utah School Of Law in 1981. From 1981 through 1987, he worked as a felony prosecutor at the Salt Lake County Attorney’s Office, (DA’s Office). He prosecuted cases primarily involving fraud, white collar crime, homicides and arson. He prosecuted high profile cases including State v. Mark Hoffman, arguably the highest profile criminal case in Utah’s history.

Gerry left the prosecutor’s office and entered private practice in Park City in 1987. He was appointed Special Prosecutor for county level government corruption 1987-1988. He practiced with D’Elia & Lehmer 1988-2012. He successfully litigated criminal and civil cases, including homicides, frauds, DUI’s, assaults, arsons, securities, sex cases, kidnappings, domestic violence, juvenile matters and drug offenses. In 2002 he obtained a jury verdict for ten million dollar as a result of the wrongful death of a family in a propane explosion.

During the last ten years Gerry has had significant success at defending persons transporting large amounts of marijuana and other drugs on I-80 in Park City. Many of his cases have been dismissed due to police improprieties during stops and detention.

Presently, Gerry practices in the area of criminal law and personal injury. He handles cases involving DUI, fraud, white collar crime, assault, homicide and drug offenses. He has handled thousands of cases, trying more than 250 jury trials, with a success ratio well over 85%.

Gerry has also been successful on appeals. On December 24, 2013, the Utah Court of Appeals reversed the trial court in one of Gerry’s cases and ordered that 102 lbs. of marijuana be suppressed. The Utah trooper responsible for the bust was found to have unlawfully detained the driver through inappropriate and unwarranted questioning, thereby turning the traffic stop into an unconstitutional seizure. See, State v. Johnson, Case No. 20130417-CA.

After 911, a group of police officers sought to “cash-in” on the public’s fear of terrorism. They produced a show called “Desert Snow” which they claimed was a seminar designed to teach other officers how to generally catch “criminals” (those possessing drugs) traveling on the highways. In actuality it ended up encouraging cops to conduct fishing expeditions targeting those who would be transporting marijuana from California to points east. The enterprising founders of Desert Snow actually claimed that drug proceeds funded terrorists in the Mideast (proof for this assertion was sparse if existent). Many law enforcement agencies bought-in hook, line and sinker. They reasoned the training could: help obtain funding, help provide work for officers who didn’t have enough to do, expand the department, and be a lot of fun etc.

During approximately 2005-2010, the Utah Highway Patrol sent some troopers to Desert Snow training camps and started what they called an interdiction team within the Highway Patrol. The primary goal was to catch people who were transporting pot on Utah interstates. They operate as a group or as individual officers on patrol. Their mode of operation is to stop vehicles with out-of-state plates. Profiling. Their reasons for the stop are many times most lame, e.g. the vehicle tires hit the fog line, the vehicle license plate bulb did not work, the driver did not signal a full two seconds before changing lanes. I had a trooper claim he pulled over a fully stock Ford pick-up for not having mud flaps when the trooper’s Utah Highway Patrol issued Ford pick-up truck, identical to my client’s truck, had no mud flaps either because under Utah law, they were unnecessary. I’ve had judges rule that they genuinely doubted the credibility of the officer on the reasons for the traffic stop, which is remarkable.

I have handled many marijuana busts on Utah highways, the vast majority right here on I-80 in Summit County. I have found that most of the time officers violate the constitutional rights of the vehicle occupants, which many times can lead to the suppression of the evidence and the dismissal of the case. Regardless of their training and experience, most officers do not know or will not follow Utah law. Many times an officer questions the driver and other occupants on where they are coming from, where they are going, where they stayed, the purpose of the trip and other questions beyond what Utah law allows. Sometimes drivers are wrongfully detained at length while waiting for a dog. Sometimes consent to search is sought through inappropriate and less than constitutional methods.

I have been handling drug cases involving vehicle stops for 35 years, as both a prosecutor and defense attorney. I know how to evaluate the case and advise my clients. I have successfully defended clients who have possessed from ounces to over 10,000 lbs. of marijuana as well as quantities of hashish, heroin and cocaine. My success ratio on motions to suppress evidence in interdiction cases exceeds 90%.

If you or another is in the unfortunate position of facing criminal charges for driving with contraband I invite you to contact me. I believe I can help.  My 35 year litigation record speaks for itself.